TD: 2006 Volume 2 No 2
JavaScript is disabled for your browser. Some features of this site may not work without it. 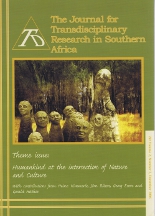 Humankind and nature at the intersection of culture

In this edition of TD the first section features articles that have evolved out of an international conference Humankind and nature at the intersection of culture in South Africa’s Kruger National Park (KNP) in September 2006. The conference marked the start of the African section of a comprehensive research project under the leadership of Prof Jörn Rüsen, president of the Institute for Advanced Studies in Essen Germany, in which the question is asked: How do we formulate a new humanism for a 21st century global society that is as culturally diverse as it is naturally human. The larger project, scheduled for completion in 2009-2010, is ambitious. Scholars in all parts of the world have already joined up. Also in South Africa, and in some parts of Africa, there have been good responses.

The conference in the KNP’s Berg-en-Dal camp was aimed at getting the ball rolling. A total of 13 of the almost 30 papers presented at the conference were peer reviewed and then prepared for publication in this edition of TD. The articles have a strong philosophical inclination, but there are numerous indications of explorations across disciplinary boundaries into the fields of history, theology, agricultural economics, drama, theology, genetics, animism, neurobiology, paleontology, technology studies, future studies and environmental studies. Some of the articles have also been earmarked for translation and publication in China where the Humanism project has a strong base.

Now for the next frontier ...

Between 19 and 21 March 2007 the next conference will be held – this time more focused on transdisciplinary research.

Transdisciplinary research is considered to be successor of interdisciplinarity, which in the second half of the twentieth century changed the nature of scientific activity in most disciplines. Researchers in both the natural and human sciences have over the years, perhaps unknowingly, started working in the realm of transdisciplinary research, as they tried to find solutions to questions that transcended conventional scientific knowledge. One objective of the conference will be to get researchers in all disciplinary fields to articulate the problems and the solutions they have devised in the development of their respective research activities. It is important to share thoughts and ideas on the successes and the failure of research enterprise. By talking about some issues, answers may be forthcoming on endearing queries.

Therefore participants are asked to articulate what they understand and imagine to be transdisciplinary research and the methodologies they have employed. The objective is to metaphorically get feedback from the coalface of research practice. In literally all disciplines scientists are currently beginning to work together. Above all, they are making use of ordinary people on all levels of society, especially outside academia, to help them formulate new forms of knowledge. They create this knowledge in collaboration with stakeholders at all levels and with parties that have a vested interest in research results. This trend, of creating new forms of knowledge, is destined to continue in the 21st century. The question is: What are we going to do about developing transdisciplinary partnerships in the field of research?

The major goal of the conference is to get researchers to share their experience in transdisciplinary/interdisciplinary research. Hopefully they can then start working towards strategies of constructive encounters in creative research. Participants in the conference are requested to give a brief overview of the relevant research on which they are reporting and then share ideas on their methodology, theory and practice. Themes:

It is also possible for three or four researchers to collaborate in a group and make proposals for separate sessions. The objective is to get researchers to talk about the peculiarity of the transdisciplinary research in which they are active. By sharing their experiences, it is hoped, there could be an exchange of ideas that would be conducive to further transdisciplinary research. The conference will be held at the Tsitsikamma National Marine Reserve in the Eastern Cape.