TD: 2008 Volume 4 No 2
JavaScript is disabled for your browser. Some features of this site may not work without it. 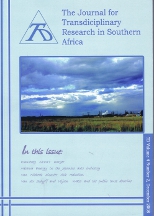 Spare a thought for students in Southern Africa

Earlier this year an editorial in The New York Times asked the provocative question:

That book costs how much?

For many students at tertiary institutions in Southern Africa the cost of overseas textbooks have been a serious issue for many years. A substantial percentage of students at tertiary institutions in the region come from disadvantaged backgrounds. Even for students coming from more affluent backgrounds, expensive text books are often a problematic issue. To pay high prices, especially for imported books, remains a persistent obstacle. For many students it sometimes ends in uncompleted studies at universities and unfulfilled lives. Traditionally the argument has been that it has a lot to do with import duties and profits taken by local wholesale and retail distributors. The fact that the issue of expensive textbooks was articulated in the New York Times, suggests that students in one of the most affluent countries on the globe experience similar problems.

As a rule academic publications, apart from being used by students on under- and postgraduate level, have a limited readership. Once a book has been published, the chances are that it will be recycled and finish up on a second hand bookshelf at campus bookstores. We need to also understand the predicament of publishers. They need to make profits. The more they sell the more profitable (and cheaper) the publication may become.

Textbooks are important. They provide an important educational support for students. Experience suggests that electronic copies of textbooks also do not seem to be readily available – at least not in southern Africa.

At many education institutions agreements are in place to make use of portions of textbooks in teaching modules. Arrangements of this nature, as a rule, tend to create a viable middle way, to circumvent excessive costs. The question begs to be answered as to whether arrangements of this nature, over the long run, are beneficial to the educational process and later studies of readers of the books. Ultimately it revolves around the intrinsic value of the printed work and its longevity as an extension of the available knowledge of the student.

In an era of constant communications revolutions, access to reading material – which can be readily reduced in price, providing it is in electronic format – should be a lot easier and also cheaper. Having the hardcopy work is, and will remain for a long time to come, still the most desirable of solutions. However, given the clear call for more affordable text material, we should support solutions that can promote the cultivation of a next generation of literate and welleducated people in all parts of the world. The availability and cost of textbooks should not hamper this process.

Towards an understanding of mergers in higher education

Since 2002 South Africa’s higher education landscape has undergone a number of changes. As a result of a process of mergers introduced by the government, many of the country’s tertiary institutions underwent substantial change. The transformation of the tertiary education sector appears to be an ongoing project. That is how it should be. Innovation and change go hand in hand in a sector of education that has the responsibility of training the scientists and technologists of tomorrow.

In this edition of TD, we publish a position paper by Dr Frans Kamsteeg, a specialist in organization studies of the VU University Amsterdam, on the merger process at North-West University. The process started in 2002 when the national government took bold steps to start with the complex integration of the country’s historically white and black institutions of higher learning. For most institutions it has been an encounter in change management that called for exceptional managerial skill. Although the processes have been completed on paper there still appears to be a lot of unfinished internal business.

Dr Kamsteeg intends to solicit research support from a number of academics at NWU, as well colleagues at other universities in the country. They will work in collaboration with a number of postgraduate students of the Netherlands in a project aimed at understanding what has precisely happened since the university started moving in the direction of a transformed institution. The project will be funded largely from overseas.

It is evident that NWU’s management is eager to take note of what the researchers have to say. The project appears to be bold and innovative. For the university it could be of immense value in terms of planning a cohesive sense of togetherness in a changed higher educational environment. Moreover, it could also benefit higher education in South Africa. Most of the country’s tertiary institutions normally share information in an effort at promoting a more efficient higher education system in the country. The project should be of considerable interest for many institutions.